Accueil > An interview with Rodolphe Guignard 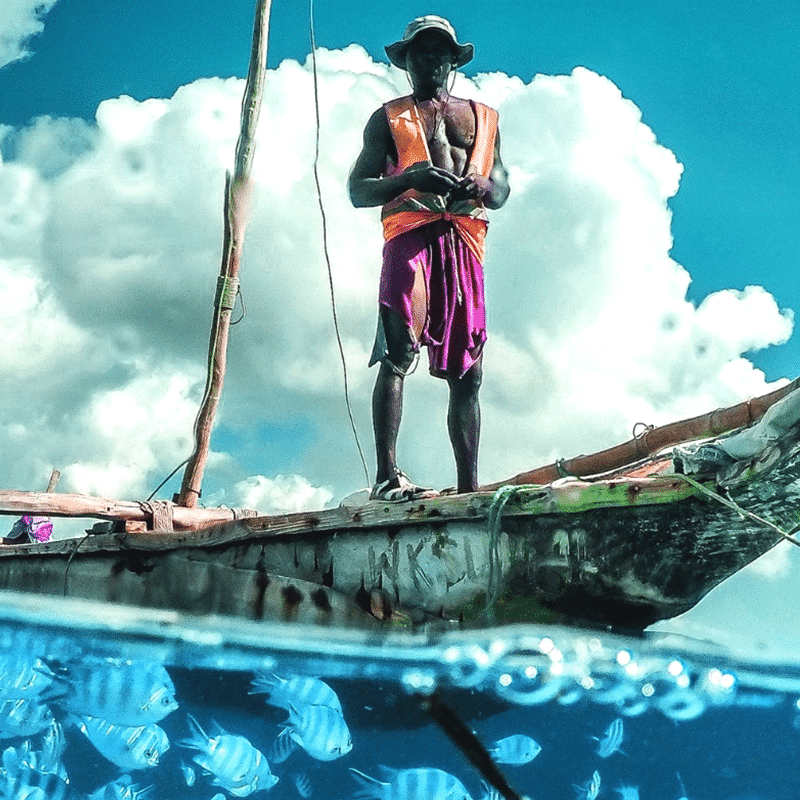 An interview with Rodolphe Guignard

Rodolphe Guignard is a big fan of underwater scuba diving, and never forgeting his camera when he takes to the sea. This connoisseur of the sea has written his first book, Immersions, the result of 15 years of photos taken all over the world. We met up with a man who loves photography and close encounters with spectacular animals and plants.

When was your first diving experience?

Before my first “real” underwater dive when I was about ten, I remember when I put my head underwater for the first time. It was an amazing experience I immediately wanted to try again. From the age of 5 I loved the sea, and a friend of my parents took me under the water with a diving mask. I saw a whole new world just a few inches below the surface! 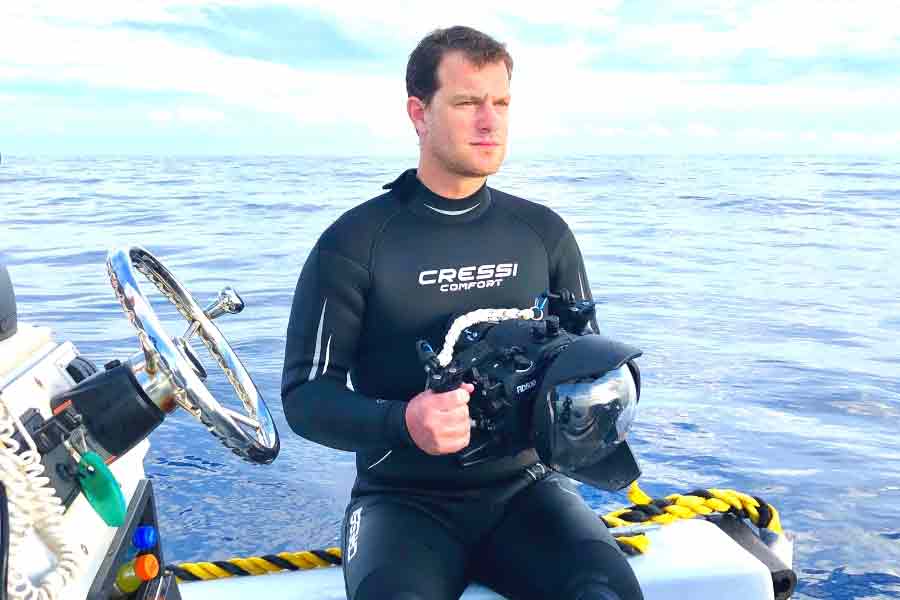 After taking my diving certifications, I did some leisure diving. About 15 years ago, I went diving in Polynesia with my wife. I hired a camcorder with a housing set, mainly just to record our memories. And then a friend, a professional photographer, gave me the photo “bug”.

How did you come to write a book?

I was taking photos for fun, and over the years, I became a bit of an “underwater” globetrotter, with lots of photos on my computer. I would share them with family and friends. They encouraged me to show the photos to a wider public. The idea is the same with the book: I want to share what I see underwater, from my amateur viewpoint, a sort of innocence I have when compared with professionals.

Does your passion for underwater photography mean you travel a lot?

Yes, for two reasons: I work in television and I am often away filming. When I go away for work, I try to stay two or three days longer, so that I can spend the time just taking photos. I combine this with my private trips and family holidays, where we always choose destinations quite close to the sea!

In the book there are a lot of wonderful diving encounters. Which ones have left the biggest impression?

In the book, the most moving encounters I’ve had were often taken in black and white, and correspond to special emotions. They include photos of manta rays, swordfish or sharks. But I love everything I see under the water, even the tiniest creatures. I went to the remotest parts of Papua to photograph pygmy seahorses which are only 1 cm long. And I’m about to leave for the Dominican Republic to take photos of whales. Whether 1 cm long or 15 metres long, I find it all interesting, including the plants. 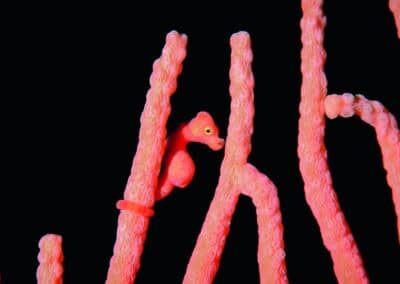 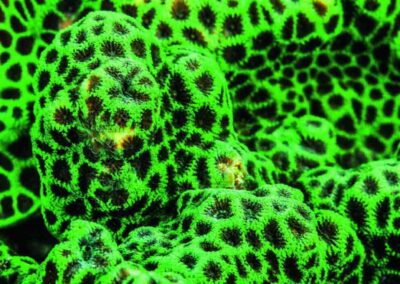 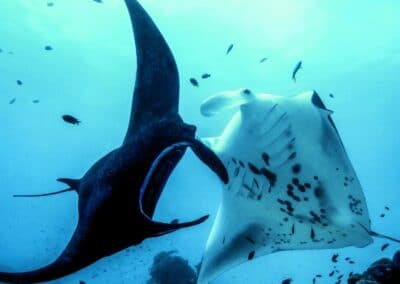 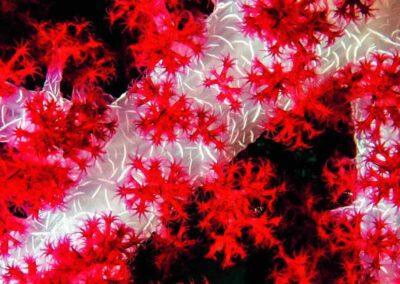 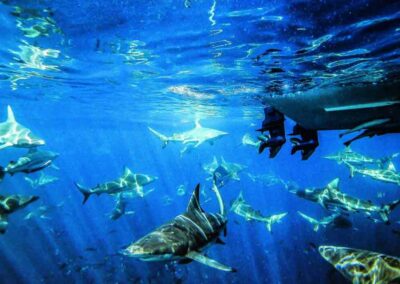 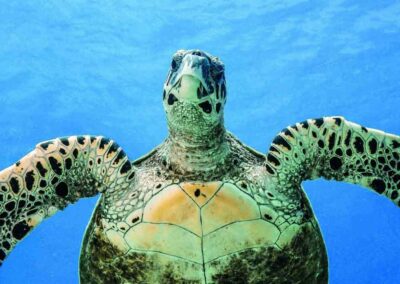 How do these encounters come about?

I have a very humble approach to the sea and the ocean. I am a stranger in the undersea world, I try to blend in as much as possible in their element. When you have a camera, which is quite bulky underwater, you make noise with the bubbles, it’s easy to frighten animals away, including the large predators. So, yes, I try to interact, to get the animal to take an interest in me, I never go towards it, I wait for the animal to come to me, sometimes nothing happens, but it’s not something you can trigger, it’s all part of the magic of nature.

In the book, you mention a few encounters that were quite “hairy”. Like swimming in the middle of sharks in South Africa…

The conditions weren’t very simple. You’re in cold, often turbulent and dark waters, you can’t see much, there are sharks all over the place, and you have to take care of your own safety, first of all, and then your equipment, and the aim after all is to bring back the best photos. The sharks come towards you, even if they are more afraid of you than you are of them, they come out of curiosity, they run right into you. I also had some formidable experiences with swordfish in Mexico, during the “Sardine Run“, the migration period in February. These fish are the fastest animals in the world, and can swim at speeds of up to 110 kilometres an hour. Sardines stick close to you, swordfish pass nearby with their bills, which really are like swords!

Which animal do you dream of taking photos of?

Whales, which I’m soon going to be taking photos of. This will be a real first, it’s something mythical for a diver, I think it will be an incredible experience. What comes to my mind is another dive I had with killer whales, which was one of my greatest experiences, even though it was very short. It was last year in Norway, in January. I need to have more time to make such an unforgettable experience last longer. I also want to take photos of crocodiles and anacondas in rivers. I dream of photographing a lot of other animals, too, in the future.

How do you adapt your equipment? With a digital camera you can see the photo underwater on the screen and check the composition. It makes things easier. One of the problems with underwater photography is that you can’t change the lens underwater. In my case, I use either a wide-angle lens or a macro lens. If you’re using a macro and you come across a whale, then there’s nothing you can do.

Do you need to be an experienced diver? You need to feel at ease. Apart from the equipment, which is bulky and needs careful handling, you can start taking underwater photos after your first diving certification and a few dives.

Do you need to go down a long way? That’s a question I’m often asked but doesn’t have much meaning, since the best things to be seen underwater are between 0 and 10 metres, where there’s light and life. The best experiences I’ve had were always in shallow waters.

What sort of research do you do? In my case, I read up about the species I am going to see, and the seasons, the best times to dive at a particular spot. I like unusual encounters and doing things that few other people do, so I plan my own trips, and then try to make good contacts on site.

Any frustrations? Underwater photography can be a thankless activity, since there are so many natural parameters to deal with. All the right conditions need to come together, and 99% of the time this is not the case. But when you get a great photo, the feeling of satisfaction is amazing. 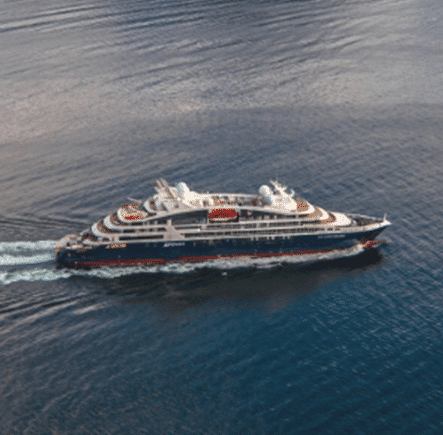 Board a luxury ship and set off to experience an incredible undersea world! 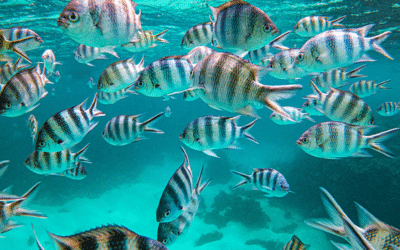 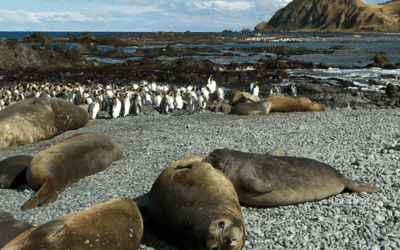 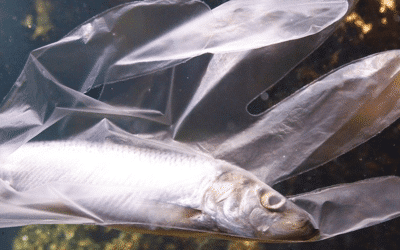