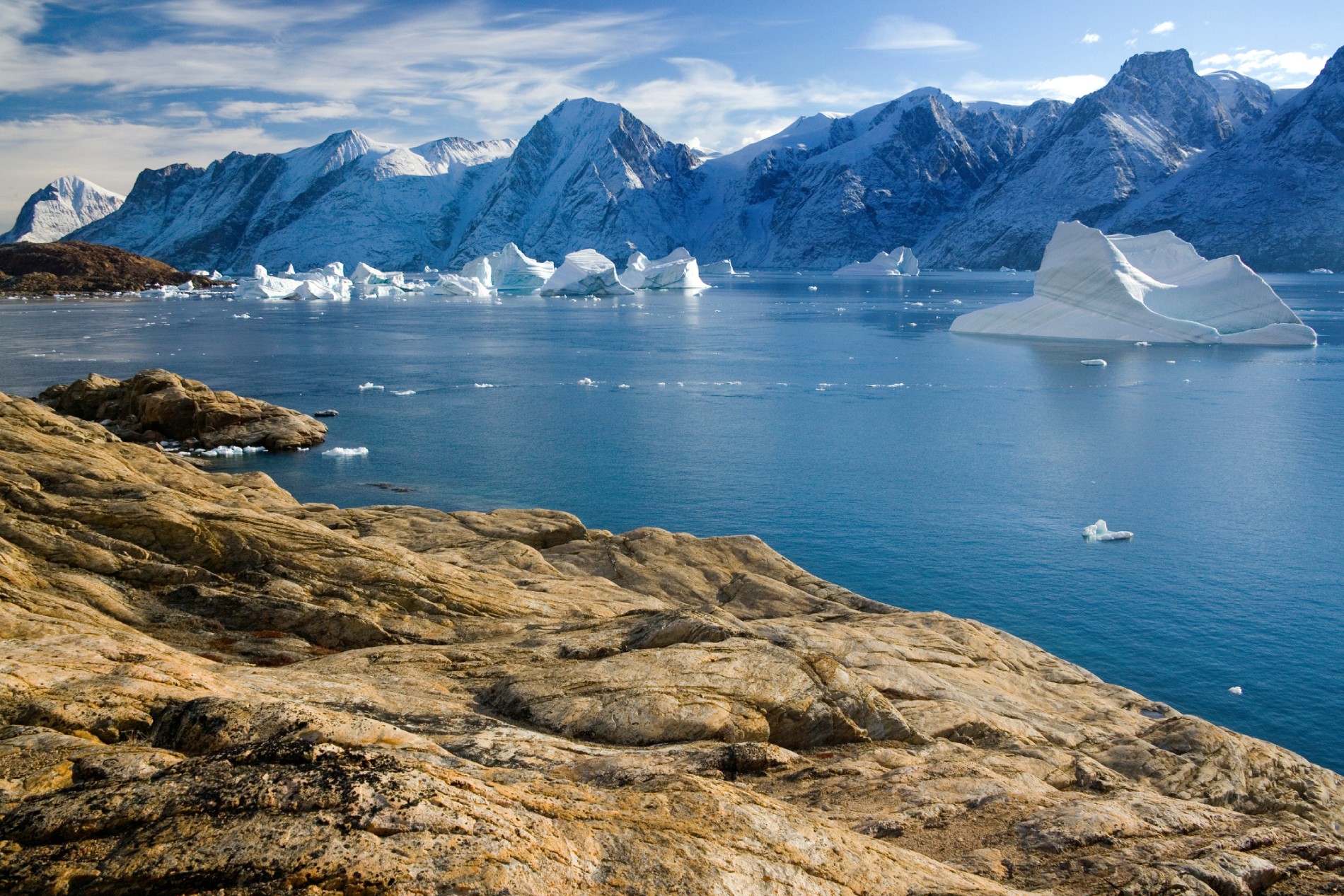 The biggest fjord in the world

Beyond the Arctic Circle, the eastern coast of Greenland between the 70th and 72nd parallels north is laced with fjords. Welcome to Scoresby Sound. Follow in Captain Charcot’s footsteps and explore the largest fjord system in the world. Discover the extreme beauty of nature at an unimaginable scale. 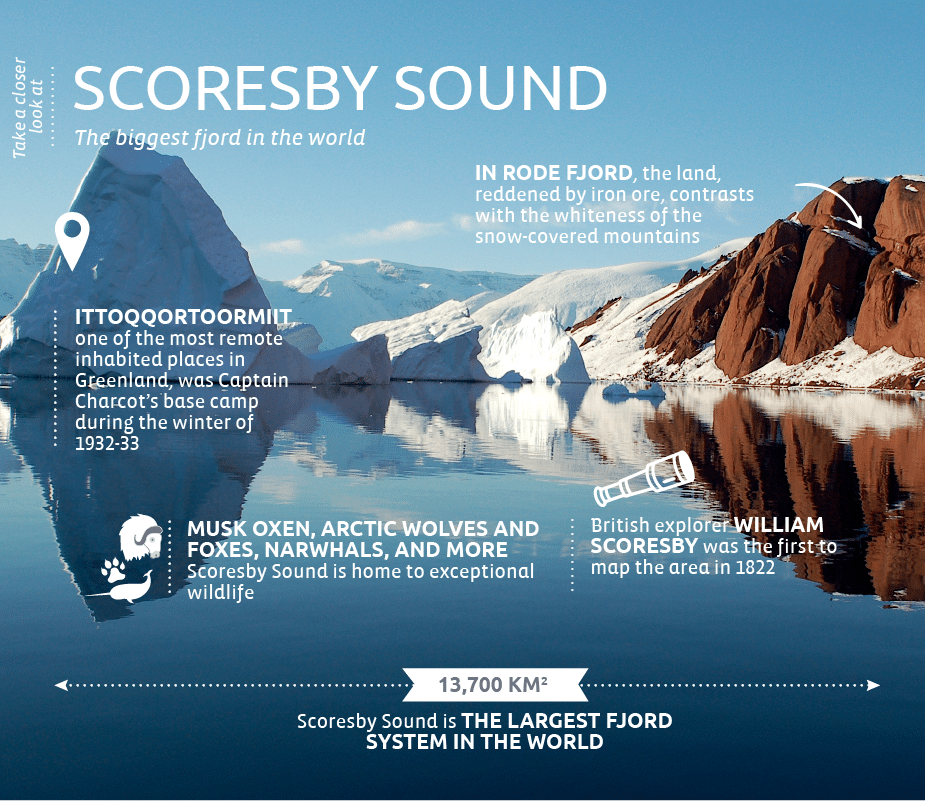 Between Northeast Greenland National Park and the Blosseville Coast to the south, Scoresby Sound – “Scoresby Sund” in Danish – stretches over almost 300 km from east to west. With a total area of 13,700 km², it is the largest and deepest fjord system in the world. It branches into a system of fjords covering an area of about 38,000 km².

A land of exploration

The area was first charted by English explorer William Scoresby in 1822. He mapped nearly 650 kilometres of Greenland’s eastern coastline, providing our first geographical knowledge of the region. But Scoresby Sound was also one of Captain Jean-Baptiste Charcot’s favourite places to explore. He “visited” the fjord several times aboard his three-master Pourquoi pas ? between 1925 and 1936. In 1925, he went to Ittoqqortoormiit for the first time, a colony founded by Danish explorer Ejnar Mikkelsen and a handful of Inuit settlers from Ammassalik Island, further south. Accessible only by helicopter or by boat for a few days a year, this village of 345 inhabitants (2020) is one of the most remote inhabited places in Greenland. Between 1932 and 1933, the colony served as a base camp for Captain Charcot, who was responsible for organising and supervising the installation of the first French polar station at Scoresby Sound.

Formed of large steep-sided fjords from which abrupt cliffs, huge glaciers and drifting icebergs emerge, Scoresby Sound doesn’t do things by halves. On the southern edge of the Northeast Greenland National Park, the golden-brown hills and moorland of Jameson Land stretch over 10,000 km². This is one of the largest tundra areas on the east coast of Greenland. On the west coast of Milne Land, the land reddened by the iron ore of Rode Fjord contrasts with the whiteness of the snow-capped peaks. These magnificent landscapes are a sanctuary for equally incredible wildlife, including polar bears, musk oxen, Arctic wolves and foxes, gulls, Canada geese and other migratory birds. While the cold waters of the Greenland Sea are home to Atlantic walruses, narwhals and sometimes even a few belugas. 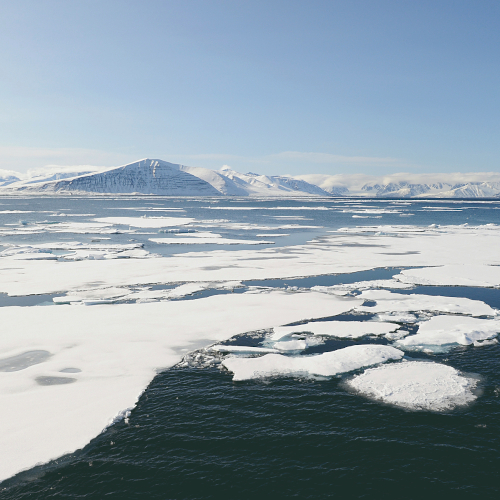 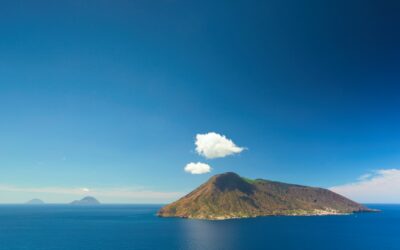