Accueil > The Caribbean Islands, prized corners of paradise to treasure 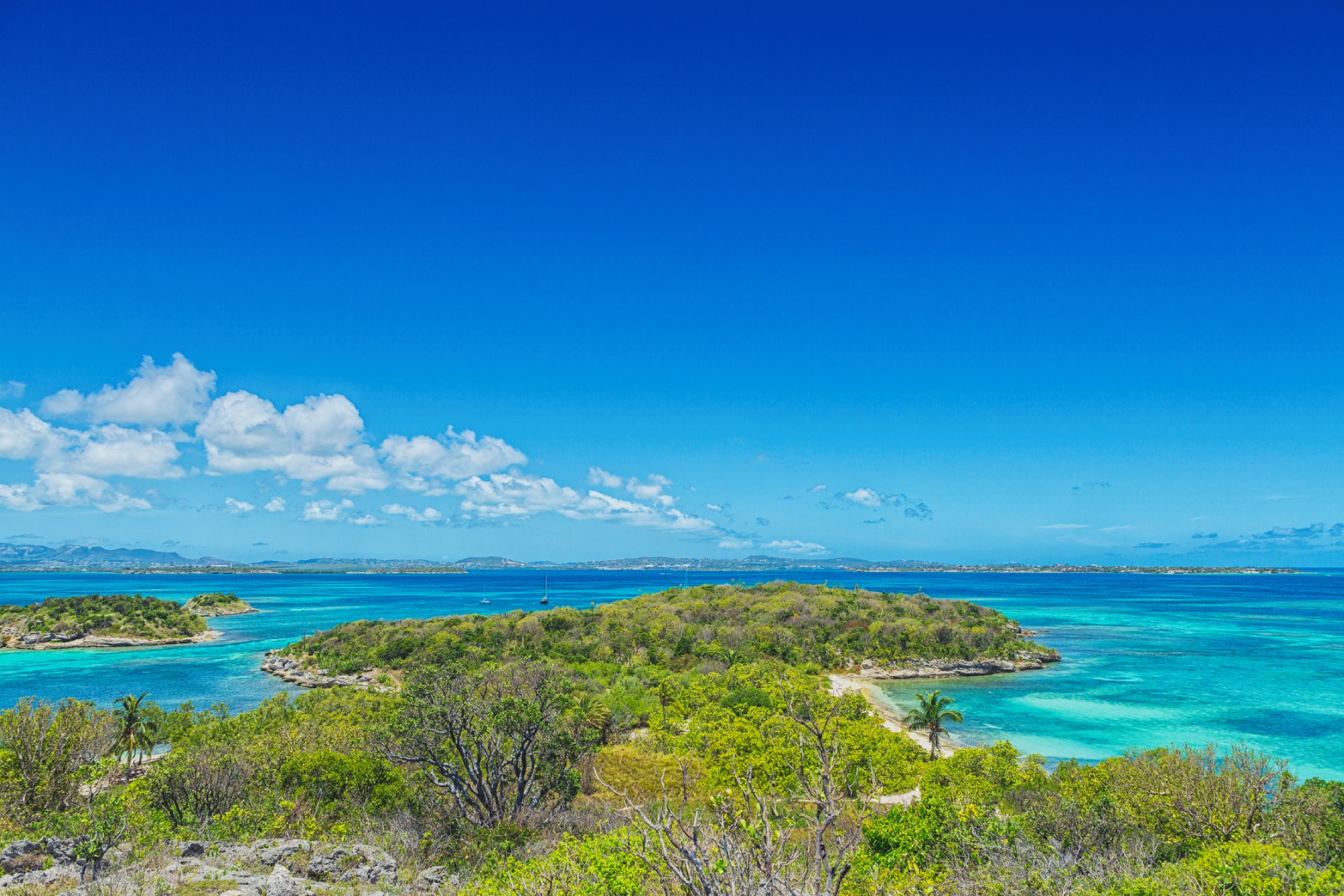 Island paradises at the edge of the world, fine sandy beaches washed by crystal-clear waters and volcanic landscapes abloom with lush vegetation… The Caribbean is an unparalleled collection of islands. Historian Franklin W. Knight, a specialist in Latin America and the Caribbean, shares his knowledge about the islands’ rich natural and cultural heritage.

Imagine… A myriad of splinters of rock and sand extending in an arc between North and Latin America, the Caribbean Sea and the Atlantic Ocean. Some 700 islands, islets, reefs and cays are scattered in the Greater and Lesser Antilles, from the Bahamas to Trinidad and Tobago and from Jamaica and Barbados to Saint Lucia. A multitude of dream destinations sometimes seen as a single cultural entity. Because the Caribbean islands are often thought of in the singular, as the Caribbean, characterised by a common history, ecosystem and bioclimate. “Many of the islands have suffered the successive domination of several rival European colonisers,” explains Franklin W. Knight. “The Caribbean islands together have a higher degree of population mixing than most other places. A unique mix of European, African and Asian populations. It can be said that the plural society is a Caribbean invention.”

However, on closer inspection, these islands have many differences due to their size, population density, language and so on. “Each island has its own fascinating local history.” 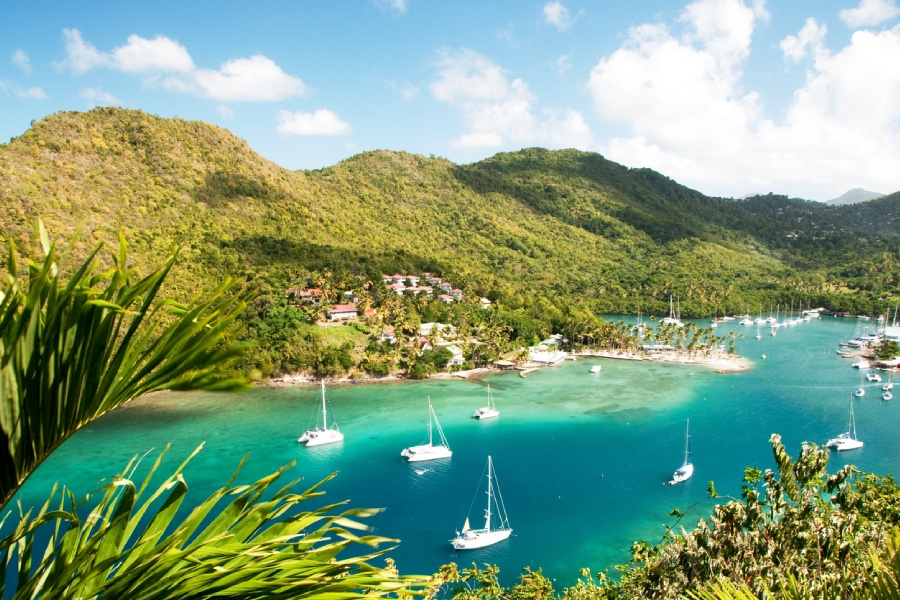 The Windward Islands, meeting place of the Old and New Worlds

The Windward islands, an archipelago in the Lesser Antilles buffeted by the trade winds to the east of the Caribbean Sea, are emblems of this multilingual and multicultural plural identity. “They were an essential port of call for ships sailing from Europe. This, in particular, explains why the island of Saint Lucia changed hands fourteen times over the centuries,” as the rivalries between the different European powers evolved.

These colonial rivalries have had a profound influence on history. Take, for example, the Battle of the Saintes between France and England in April 1782. Although it was just a short naval battle, Franklin W. Knight considers it one of the major events in the history of the Caribbean. “The defeat of the French,” explains the historian, “established British naval supremacy for over a hundred years.”

Another island with a dramatic history is the Republic of Barbados. Colonised in 1627 by the English, it gained its independence in 1966 and has one of the oldest continuously operating representative assemblies in all the Americas

“The best way to preserve the natural beauty of these places is to assist the local communities in reducing the environmental degradation in every way possible. Local governments are trying to regulate the number of visitors to certain sights, to reduce overall environmental pollution especially by emphasising the use of biodegradable materials. Travellers can certainly help by respecting all local regulations especially by using fewer disposable utensils and properly disposing of their rubbish.”

The Caribbean islands have fascinating histories but their Creole identities are matched with natural landscapes that are equally unique and diverse. Vast expanses of sand, sometimes black, sometimes white but always soft and fine, in the shade cast by tall coconut trees and other tangled palm trees. “For the inhabitants of the Caribbean, says Franklin W. Knight, these are nature’s parasols.” Inland, “the region’s volcanic activity has brought into being some intensely pleasurable hot springs. Like those of La Soufrière in Guadeloupe, the highest point in the Lesser Antilles and the highlight of Guadeloupe’s national park.

Among the best preserved spots in the Caribbean and just as spectacular, the historian also highlights the majestic peaks of the island of Saint Lucia, famous volcanic massifs rising from the sea, classified as a UNESCO World Heritage Site, as well as the Grand-Etang National Park in Grenada and the Indian River which flows peacefully in Dominica. These are all places whose preservation is a major issue for local communities. The natural beauty and identity of the Caribbean is at stake. 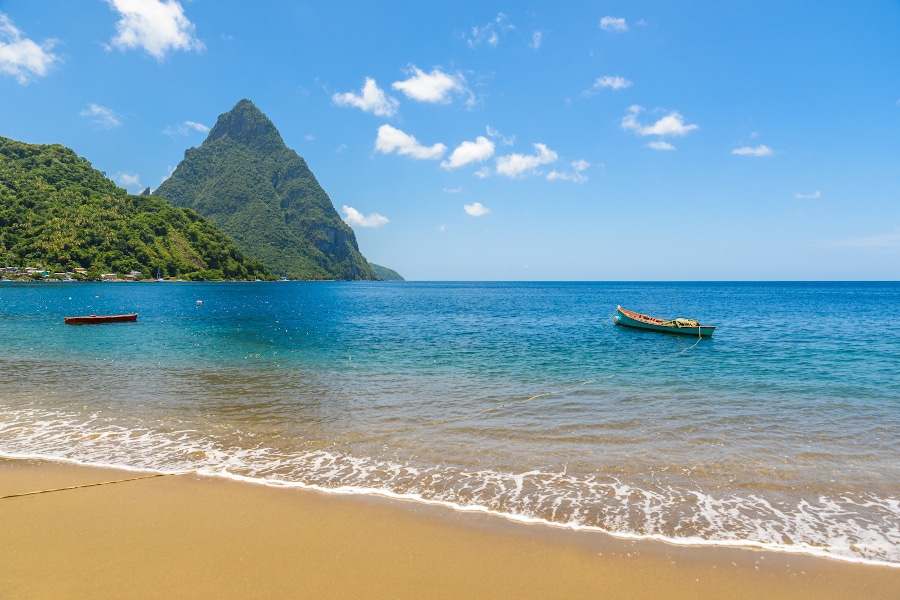 Explore the wonders of the Caribbean islands. Embark with PONANT for a cruise to the heart of the tropical archipelagos

Take a look at our cruises