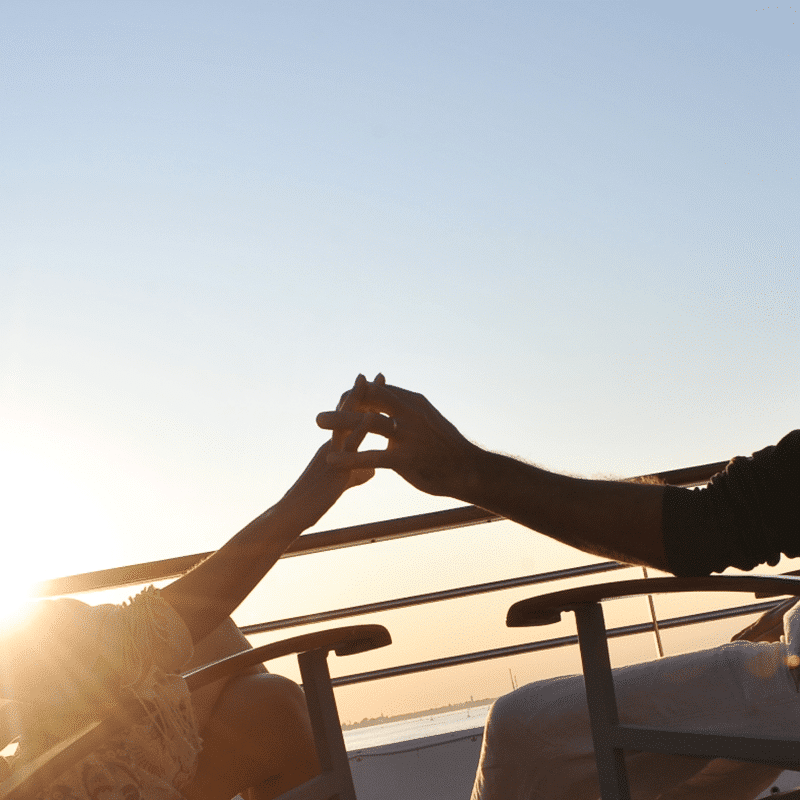 Travelling and sharing: the perfect match

Interview with a rather unusual travel-loving couple

Lebanon, Ireland, Polynesia, Madagascar, Benin, Malta and more… Following Ponant’s example, no destination is off limits for Céline and Lionel Colas. Straying off the beaten track, the couple seek emotion, meaning and contact. Their aim is to make a valuable and lasting impression on local inhabitants. Our lovebirds enjoyed a cruise to Norway aboard Le Champlain. They tell us what travel means to them and about this magical cruise in northern Europe.

You have already travelled to lots of countries. How do you choose which destinations to visit?

Lionel : We choose “atypical” destinations that are rather unusual compared to the choices of “classic” travellers who wouldn’t dream for a moment that it was possible to go to a certain place.
Céline et Lionel : We pick countries surrounded by water and islands because we become increasingly interested when there is a relationship between the inhabitants and this element. But that’s not to say we neglect other countries, whether mountainous, flat or far from the coast.

What type of travellers are you?

Céline : As Lionel is a lieutenant-colonel in the police and I’m a police chief in the crime squad, we met at a crime scene while investigating for our respective departments. The result of this rather unusual meeting is a life that isn’t ordinary, which is what we want
Céline et Lionel : Our journey as apprentice globetrotters is a patchwork that we’re gradually sewing together; the common thread being the sympathetic interest and consideration we have for the people we meet. Each time we set foot in a new country, we want to leave an impression. So far, for example, we have collected tennis balls for the Cameroonians, given law courses in Sicily and told stories in primary schools in Romania. It is a way of expressing our thanks for all the beautiful discoveries we are making.

Since you met 15 years ago, each anniversary has been an opportunity for a new journey together. This year you celebrated your anniversary aboard Le Champlain. How did you feel when you boarded the ship?

Lionel : The first palpable effect on the senses was delightful; every care had been taken. No detail had escaped the sensitive touch of the hosts. The atmosphere was soft and muted, the decor refined, and the staff charming. When you board Le Champlain, it’s like a dream come true. Lightly, gently, you step into the pages of a book…
Céline : I felt like we were a royal couple being welcomed to a ball during the reign of the Habsburg dynasty. As if we were entering the Carlton Opera, near the famous Naschmarkt market in Vienna.

You had never been to Norway before. Has this destination won you over? 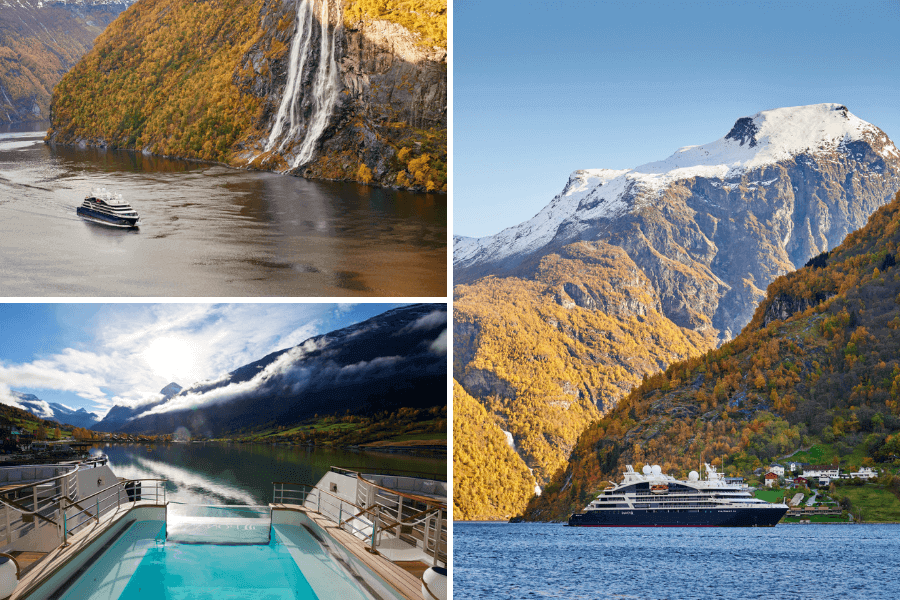 Lionel : The footpath to reach it was surprisingly easy. It’s a place where nature reigns supreme; and the Briksdal Glacier has a soul. We sensed it.
Céline : We had a long chat with the young guide about the whole environment before fully embracing the scenery. Life there is organised around nature, which is held in respect. Pauses are silent and you become aware that silence has meaning. We didn’t come away unmarked. 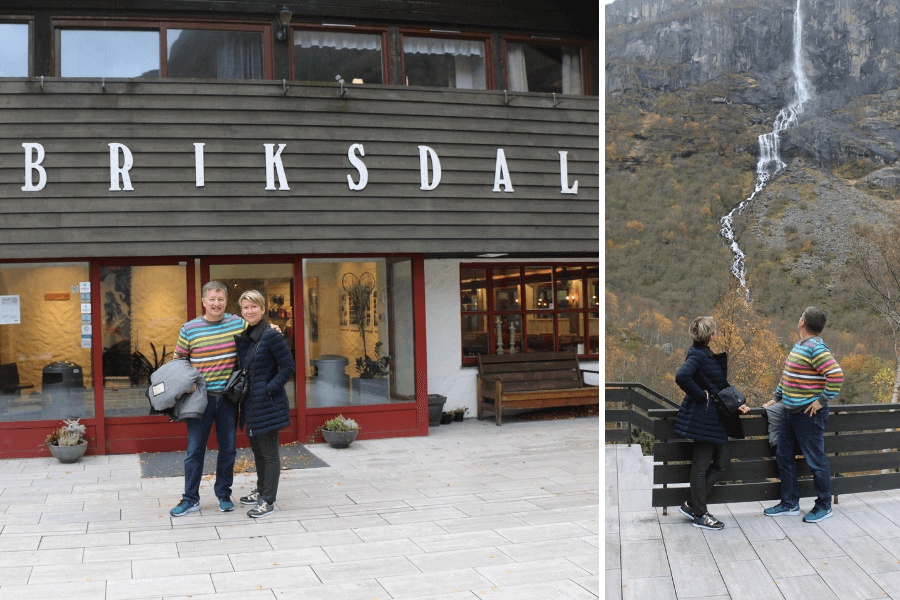 René-Paul Boucher, Captain of Le Champlain, invited you to the bridge to watch Le Champlain set sail from Olden. Was it a highlight of the trip?

Lionel : We almost felt like we were at high altitude given how far above the surface of the water we were. It was dark outside, but the myriad of lights that make up Le Champlain’s gigantic bridge made us feel like we were in a spaceship.

What is your best memory from this cruise?

Lionel : I will remember the excellence of the crew, how multi-skilled they are, and the beauty and fluidity of this magnificent ship. Le Champlain is a “Concorde of the sea”: slim, elegant and offering services honed by the best French schools.
Céline : The right balance was cleverly struck: we were neither cloistered away nor isolated. We experienced a skilful mix of luxury, friendliness and warmth, all delivered with the most impeccable service available. 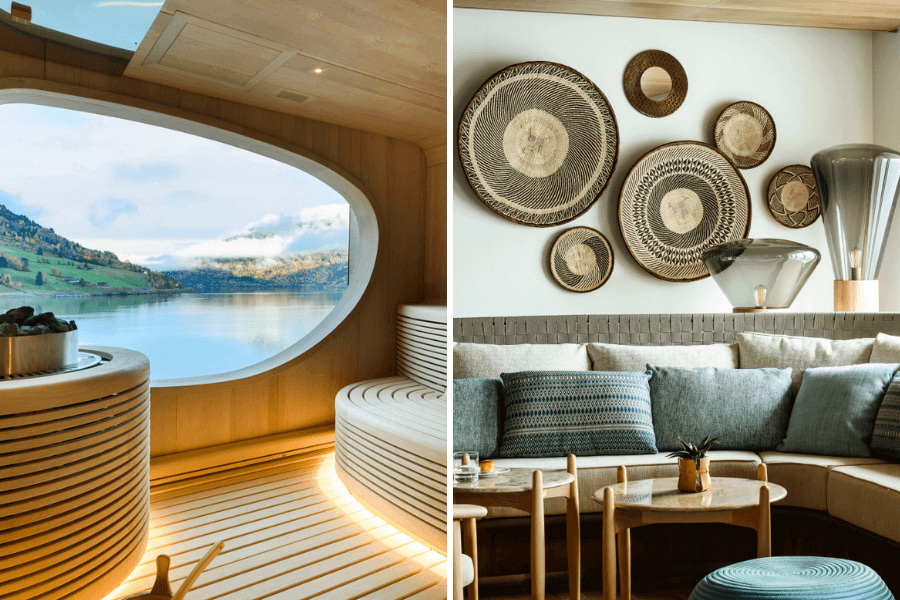 Since this experience in Norway, Lionel and Céline have been planning to visit new destinations aboard Ponant ships and are preparing a “sea book” to better chronicle their adventures. 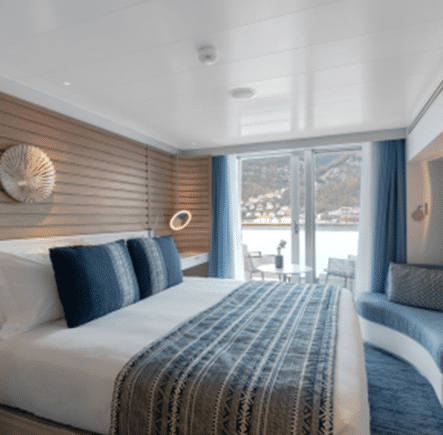 A new generation ship that embodies the unique atmosphere that is the cruise line’s hallmark: a subtle blend of refinement, intimacy and comfort.