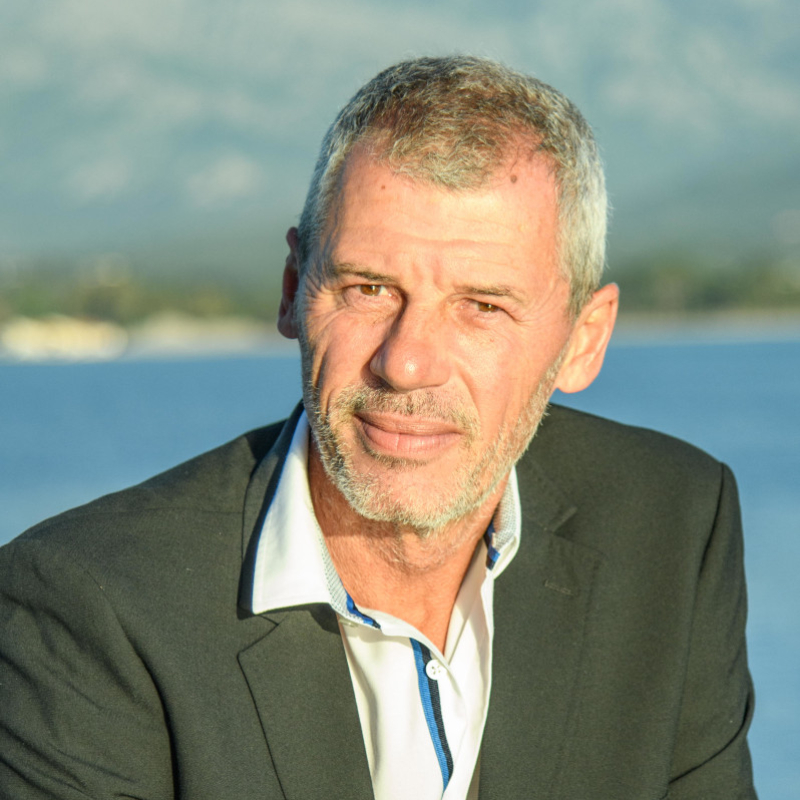 Sébastien Destremau is a man with an insatiable yearning for a challenge. Now, after 25 years dedicated to regatta races, he is moving away from the sport to focus on more personal and fulfilling challenges. The pivotal points of this change in direction were two incredible solo races around the world. His two adventures taking part in the Vendée Globe had a profoundly life-changing effect on his views on sailing and lots more besides.

To sail or not to sail?

Back in 2012, Sébastien Destremau, a sailor and sports journalist, was commentating on the Vendée Globe for a French TV channel. It was then that he announced during a live broadcast that he would be taking part in the race in 2016. “I had the insane idea to participate in this solo, single-handed, non-stop race around the world.” What was behind this decision? A ‘feeling’, he admitted. There was no real reflection. Just a gut decision. A touch of madness. Sébastien kept his word and, in 2016, took his place on the starting line at Les Sables-d’Olonne for the first time. His boat was a monohull named FaceOcéan. He probably didn’t realise it at the time, but there was to be a ‘before Vendée-Globe’ and an ‘after Vendée-Globe’.

The ‘before’ being those 25 years he spent racing in regattas around the world. There were six World Champion titles, five America’s Cup competitions and training for the Barcelona Olympic Games. “I was a sprinter!” Deciding to take part in the Vendée Globe was “a bit like a 100-metre sprinter deciding to do the Ultra Trail du Mont Blanc.” And yet, after 124 days at sea, Sébastien completed the 2016-2017 Vendée Globe in 18th, and last, place. But winning had never been his ambition. “Just taking part in the Vendée Globe was a personal victory. Completing it was a massive achievement, especially for a guy like me!” The solitude posed a massive obstacle for him to overcome. “It was a personal challenge, nothing heroic about it. I just wanted to know if I could do it.” And it turned out he was more than capable of taking on all the aspects of this insanely demanding race, this “conquest of the pointless” as he calls it, a triumph over both himself and the ocean.

And because you can never say “thank you” enough

In 2020, Sébastien decided to set sail once more… He dedicated this event to his supporters, naming his new boat Merci. “It was a thank you to all those who allowed me to make my dream a reality. And a thank you to the oceans, too, for granting me passage.” Unfortunately, that year, disaster upon disaster, from the Kerguelen Islands to New-Zealand, turned the adventure into a nightmare. And, in after crossing the Indian Ocean, Sébastien was obliged to abandon the race. Actually, “you don’t abandon the Vendée Globe,” he clarifies, “you retire from it”. It’s an important nuance. Early in January 2021, after 70 days at sea, the sailor retraced his path in the Pacific Ocean back to New Zealand, disappointed, of course, but convinced that he had made the right decision. A decision that will enable him to have the unique opportunity to take his boat from Perth in Australia to France with his daughter, who has just turned 18. 68 days of a father/daughter adventure that remains the greatest gift of the Vendée Globe.

Back to what matters

His two Vendée Globes have left their mark on Sébastien. They were sailing experiences for a helmsman, it’s true, but more than that, they were life experiences for a human being. The Vendée Globe is an unbelievably demanding challenge, a baptism by fire “capable of revealing hitherto hidden inner abilities.” He is sure of it. “Confronted with the extreme, without a get-out clause, you find a way to cope – even if you’re hanging on by a thread. During the Vendée Globe, if you don’t know how to do something, you invent a way.” Invent and reinvent yourself. This is perhaps Sébastien Destremau’s greatest victory: winning his freedom and returning “to the essence of [his] being.” These are the words he wrote at the end of Retour en Enfer (Back to Hell), his memoir of the ordeal which was published in 2021 by XO. By 2017, he explains, “I had realised how much my adventure had touched people.” He had already shared his experiences at the first Vendée Globe with readers in his first memoir Seul au Monde (Alone in the World), by the same publisher. A story recounted hot off the heels of his adventure in which he described the sacrifices and the incredible feats, exceeding one’s limits, required by the Vendée Globe. He also described his feelings of responsibility for those left behind on dry land – his family, friends and thousands of fans. “The Vendée Globe is the only sailing event that transcends the narrow confines of sport. It is a mammoth undertaking, and a deeply profound one. Unless your sights are on the podium, its competitive element becomes, in my opinion, incidental. There is no room for egotism in a Vendée Globe. But there are not necessarily many of us that think that way!” 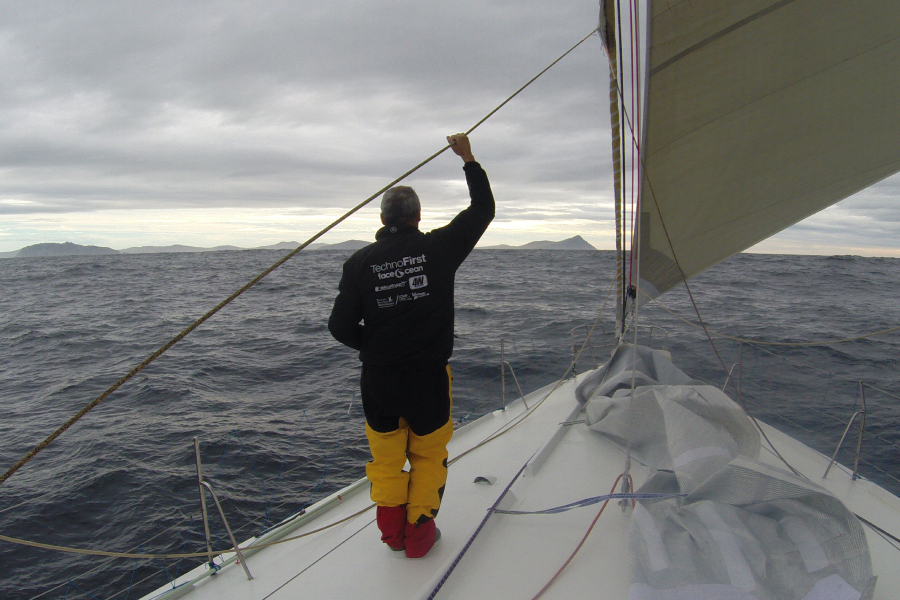 Alone on the stage

Sharing his adventure is what has motivated Sébastien since his return. Not only has he written memoirs but his bestseller Seul au Monde also inspired a play named Face Océan. “It’s the story of a skipper who advocates simplicity and, above all, freedom,” he explains. In the play, an actor, alone on the stage, tells the story of his first circumnavigation of the globe in 2016-2017. And who better to tell this tale than… Sébastien Destremau himself? Yet another insane idea and a new experience of solitude. “It was simply inconceivable to start with! Then I let myself be convinced (by Charles Berling, in this case, ed.), I accepted some help, and I had a blast!” 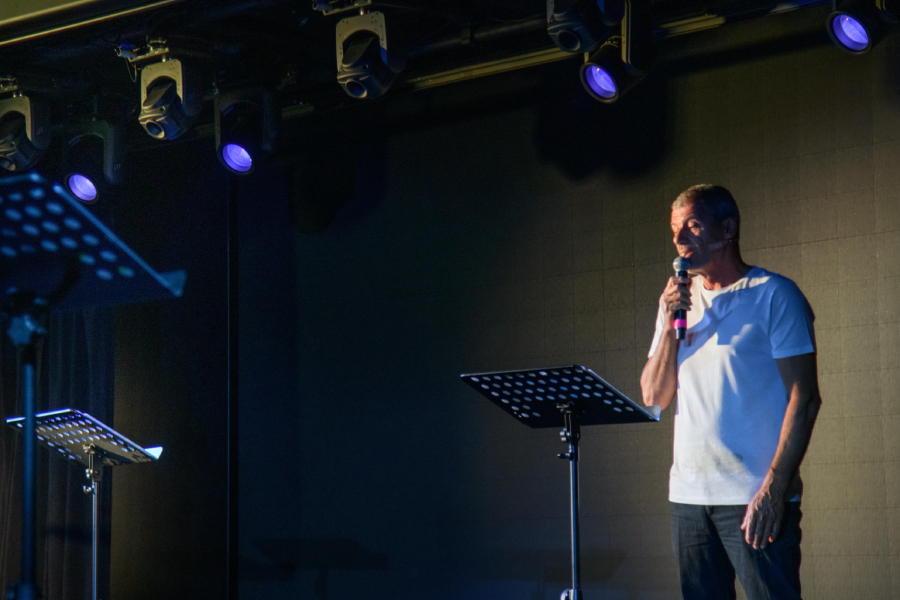 So did the audience; in 2020, Sébastien Destremau played three sold-out shows at the Théâtre Liberté in Toulon. And recently, he gave two exceptional performances on board the PONANT EXPLORERS ship Le Bougainville! “Performing this play on board, with the ship ploughing through the waves, feeling the rolling of the ocean, was something special. It felt truly immersive; theatre holding a mirror up to real life.” Plenty of emotions and memories for this former maritime mercenary. And above all, a way to harness his overwhelming compulsion to carry on bringing the Vendée Globe to life.

From the conquest of the pointless to humanitarian exploration

In his desire to share his experiences, challenges and triumphs, it is possible to read another more or less conscious wish, one that is without a doubt more profound and personal: a desire to change course. After 25 years of competition and after two Vendée Globes, the adventurer admits to having had enough of life as an ocean racer. But the skipper remains, nevertheless, a voyager at heart who hasn’t yet finished with the sea. “I’m a nomad. I live out of my backpack, always on the move. I am still professionally unstable (laughs)!” Next on his itinerary, the lost islands of the Pacific for a humanitarian exploration through his Aide Océan foundation, created with his partner Marine Bayer, a former helicopter fighter pilot, who joined the Royal and is now an experienced nurse. His plan is “to travel on board an adapted boat to meet children from the tribes of these lost destinations and to undertake immunisation campaigns against childhood diseases.” After the “conquest of the pointless”, “I’ve found that I have something to give, something that makes me useful, while satisfying my need to sail.” 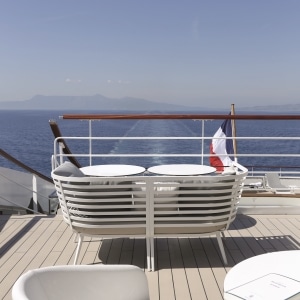 Head out to sea 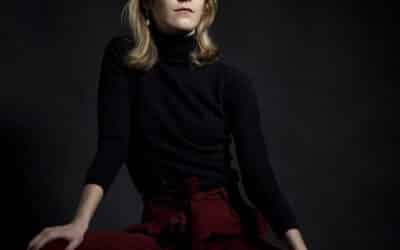 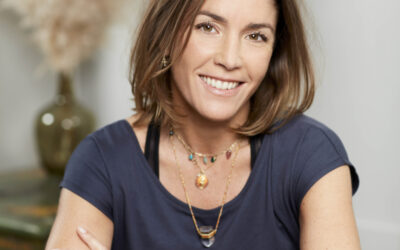 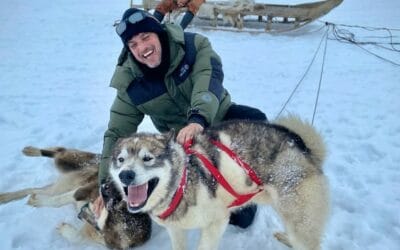 Scouting on the east coast of Greenland

Innovative cooperation for an immersive experience