Accueil > Point Nemo : Its name means “no one”

Point Nemo : Its name means “no one” 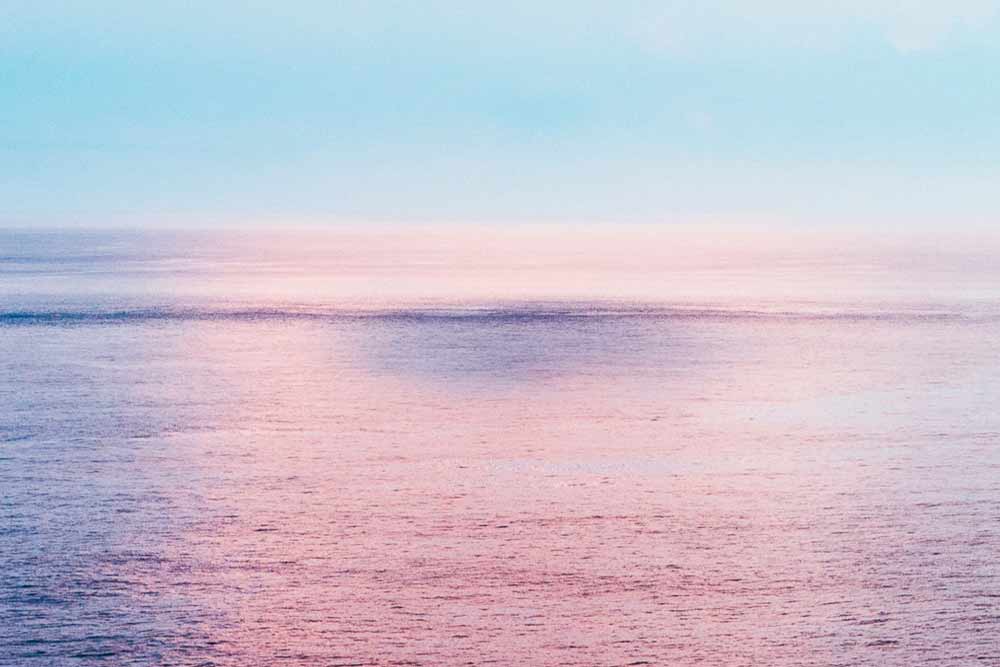 Point Nemo… has nothing to do with a landmark for clownfish! It is the scientific term for the “oceanic pole of inaccessibility”, i.e. the place in the ocean that is furthest from emerged land. This location in the South Pacific, with no one in any direction within an area of 22 million km2, still has mysteries to reveal… 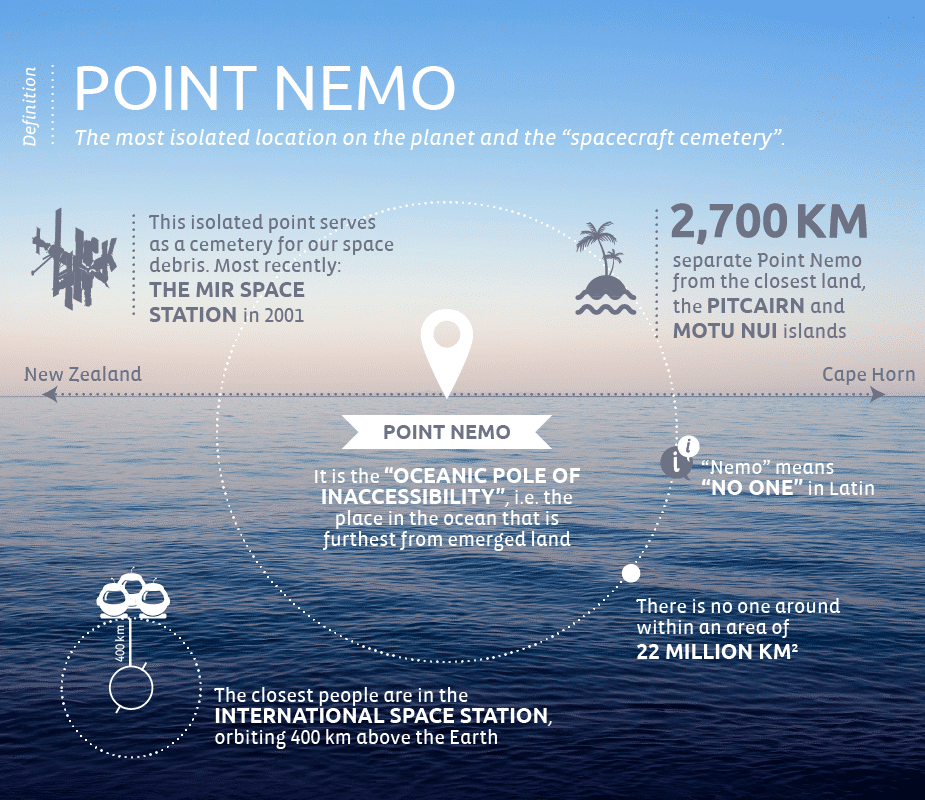 In Latin, “nemo” means “no one”. Due to its location far from all human life and emerged land, the “oceanic pole of inaccessibility” is appropriately named Point Nemo. Navigation specialists might be interested to know it lies at 48°52.6′ south latitude 123°23.6′ west longitude.

To picture just how large the zone is, you need to know that the nearest lands to Point Nemo are 2,700 km away: Ducie Island in the Pitcairn Islands, to the north, the islet of Motu Nui by Easter Island, to the northwest, and Maher Island in Antarctica, to the south. To the west, you have to travel all the way to the Chatham Islands, in New Zealand, and to the east, all the way to Chile to find another living soul.

A dead zone from a biological standpoint ?

Point Nemo actually refers to an area of the South Pacific Ocean around 34 times larger than France, in which marine life is thought to have hardly evolved : its remoteness and weak ocean currents mean there are not enough nutrients in the water for more developed, larger wildlife to survive.

Scientists would like to learn more about the oceanic mechanisms at work in this region and its seabed. The oceanic pole of inaccessibility was officially discovered, through a process of deduction, in 1992, and hasn’t really been explored since.

A key point for the space industry

The closest humans to Point Nemo don’t travel by boat: they are the astronauts in the International Space Station, who fly just under 400 km above the zone!

But that’s not all. Space agencies are very familiar with Point Nemo: they use it when calculating the trajectory of re-entry during their “de-orbiting” process. It is where decommissioned spacecraft go to die. For example, when the Russian space station, Mir, was decommissioned, the oceanic pole of inaccessibility was chosen as the spot for it to crash land to ensure the debris generated by its re-entry into the Earth’s atmosphere didn’t cause damage on land.

As a result, a veritable spacecraft cemetery has been created over the years around Point Nemo. NASA favours it for the final resting place of the International Space Station, which must be dismantled or reconfigured in 2024. But the U.S. agency also plans to dump the space telescopes currently spearheading space-based astronomy in this region of the South Pacific.

Point Nemo: the setting for works of fiction

The place in the ocean that is furthest from land was, of course, named after Captain Nemo, the main character in 20,000 Leagues Under the Sea. In Jules Verne’s novel, he is described as antisocial, shunning the company of other people by roaming the oceans in his submarine, the Nautilus.

The idea of such a remote place in the ocean has since enjoyed great success as a literary trope. American science fiction author H. P. Lovecraft chose a site in the South Pacific close to the oceanic pole of inaccessibility for the fictional isolated city of R’Lyeh, where the malevolent cosmic entity Cthulhu was imprisoned. More recently, the virtual band Gorillaz, created by British musician Damon Albarn, released Plastic Beach, an album based on a continent located at the same latitude and longitude as Point Nemo. It is dedicated to marine conservation! 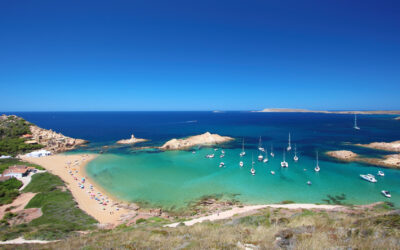 Zoom on the Weddell Sea

A sea of ice, at the very edge of the South Pole

A winning combo of tourism and research