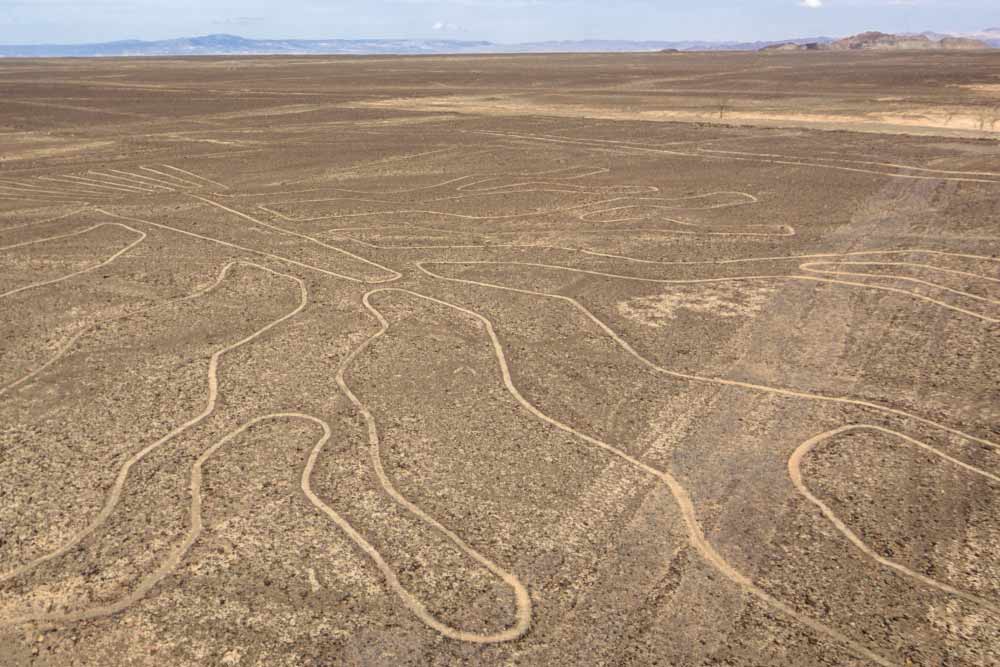 Strange markings on the ground that, when seen from the sky, represent animals or “mere” geometric shapes… We take a closer look at this unique phenomenon that continues to fascinate inquiring minds everywhere.

The geoglyphs of Nazca, also known as the “Nazca Lines” are drawings etched into the ground, the majority of which date back to between 200 BC and 600 AD. Most of them are located in a 450 km2 desert region situated between the towns of Nazca and Palpa, in southern Peru.

The Nazca probably used a grid system, to create these gigantic motifs, some of which are up to 300 metres long. This theory is supported by the many stakes that have been found close to the drawings, indicating that ropes were pulled out from a central stake to use as guides for the lines. The Nazca obtained the contrast in colours by removing the reddish-brown iron-oxide-coated pebbles from the surface. The main geoglyphs documented thus far represent animals, humans or geometric shapes. A giant spider, condor, hummingbird and monkey are all part of this open-air menagerie. The only way to see them in their entirety is from the sky. 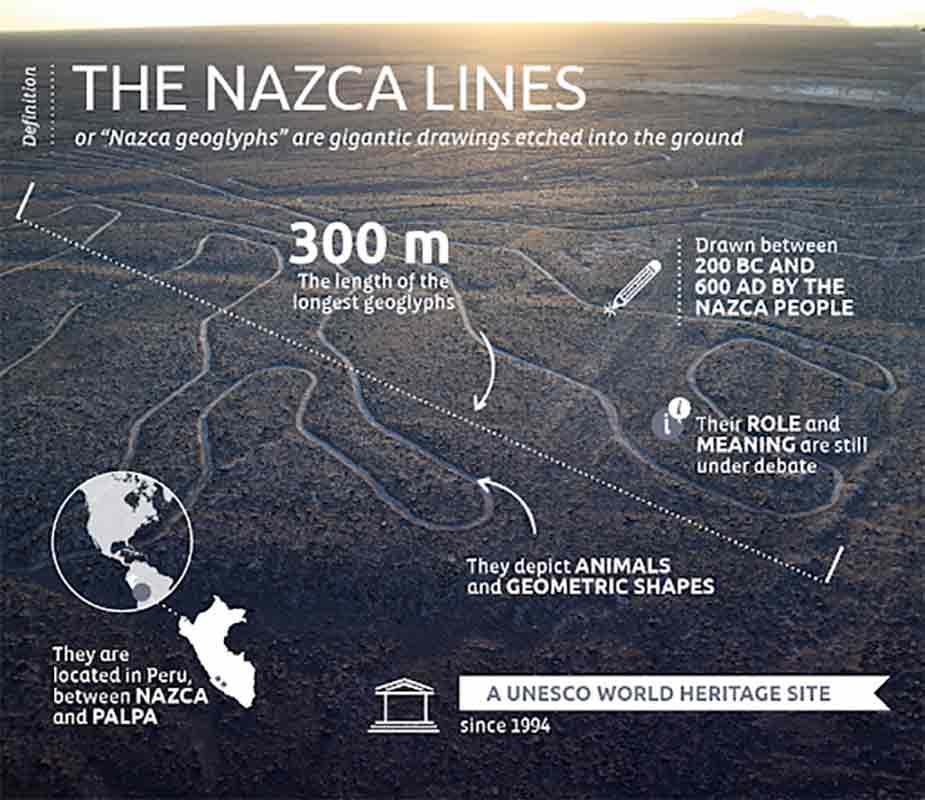 As for why the Nazca decided to draw in the desert in this way, there’s no shortage of theories, ranging from the most likely to the most far-fetched! For example, German mathematician Maria Reiche put forward the hypothesis that they are part of an astronomical calendar, with the drawings representing various signs of the zodiac.

Other researchers have connected these figures with shamanism, specifically a water cult. This theory is supported by the fact that a drought occurred during much of the period in which the geoglyphs originated.

Plenty of other theories involving aerostatics, ufology, dowsing and electroseismic methods : to name but a few, have been suggested to explain this fascinating phenomenon.

Centuries after they were created by the Nazca of Peru, the geoglyphs remain one of the world’s most mysterious phenomena. 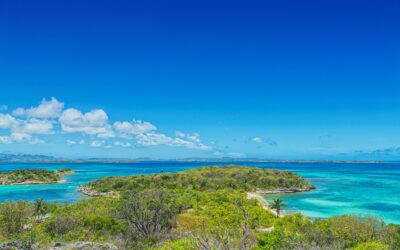