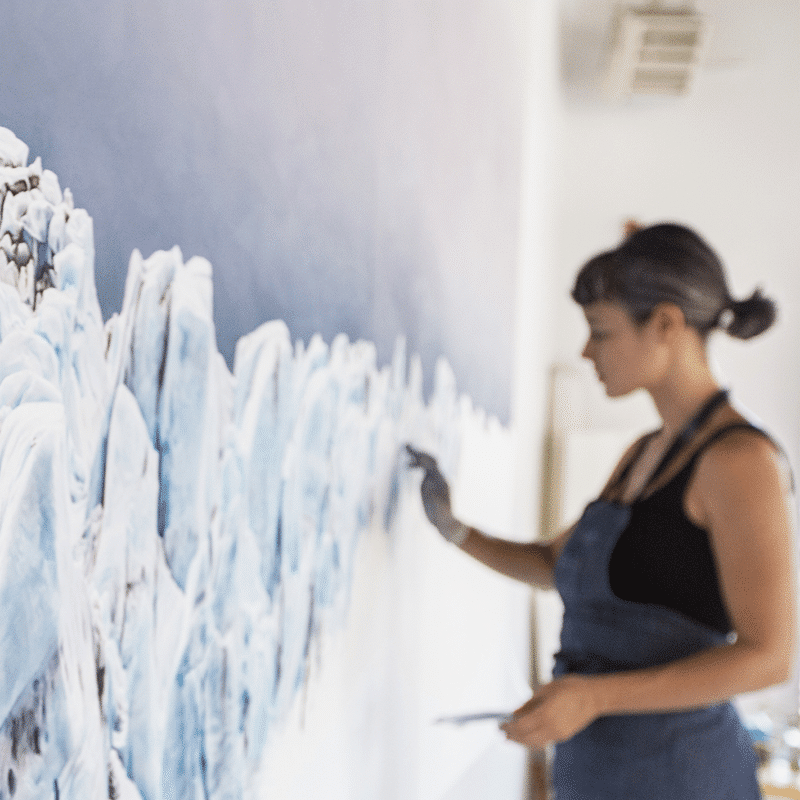 When icebergs force an artist’s hand

Fascinated by icebergs, the hyperrealist artist Zaria Forman uses her talent to raise awareness about the environment, with a focus on the melting glaciers.

The vast expanse of white, grey and blue, the sound of the ice cracking, the wind, the smell of the sea and the cold – apart from scientists, few people have had the opportunity to experience captivating polar landscapes. Following in her mother’s footsteps, Zaria Forman has participated in several expeditions that provide the raw material for a body of work that is committed to protecting the environment.

An artist among scientists

Climate change is somewhat of a paradox: although it is the greatest challenge humanity has ever faced, it remains abstract and difficult to grasp. Realistic but imbued with a positive vision, Zaria Forman’s work provides a more concrete picture of the situation. To honour her mother (the photographer Rena Bass Forman, who died suddenly in 2011), she organised the expedition to the north-east coast of Greenland that they were originally supposed to complete together. Zaria was struck by the vibrant beauty of these powerful yet fragile masses of ice.

During the expeditions that followed, she witnessed the reality of the change in progress. She has participated in NASA’s “Operation IceBridge” mission several times in Antarctica, Greenland and the Canadian Arctic, and completed a residency in Antarctica. These trips form the backbone of her mission, which is to share the reality of an area of the world that is inaccessible to the vast majority of people.

Icebergs at her fingertips

This desire to share explains her focus on realism: to recreate these spectacular landscapes composed of water and sky as accurately as possible. She draws from the thousands of photographs she takes on her travels. She travels to places where the ice is melting, as well as south of the Equator, where the islands at sea level are already partly submerged. Although Zaria takes some liberties with the water or sky and occasionally with the naturally sculpted shapes of the icebergs, her depiction of matter, shadows and colours is truly astounding.

The technical nature of the expeditions she takes part in contributes to the precision of her drawings. She favours large-scale compositions to convey an idea of the sheer enormity of her models. But she only works in soft pastels – a powdery material to represent the water, a fragment of pigment that is ephemeral and crumbly, just like these threatened giants. 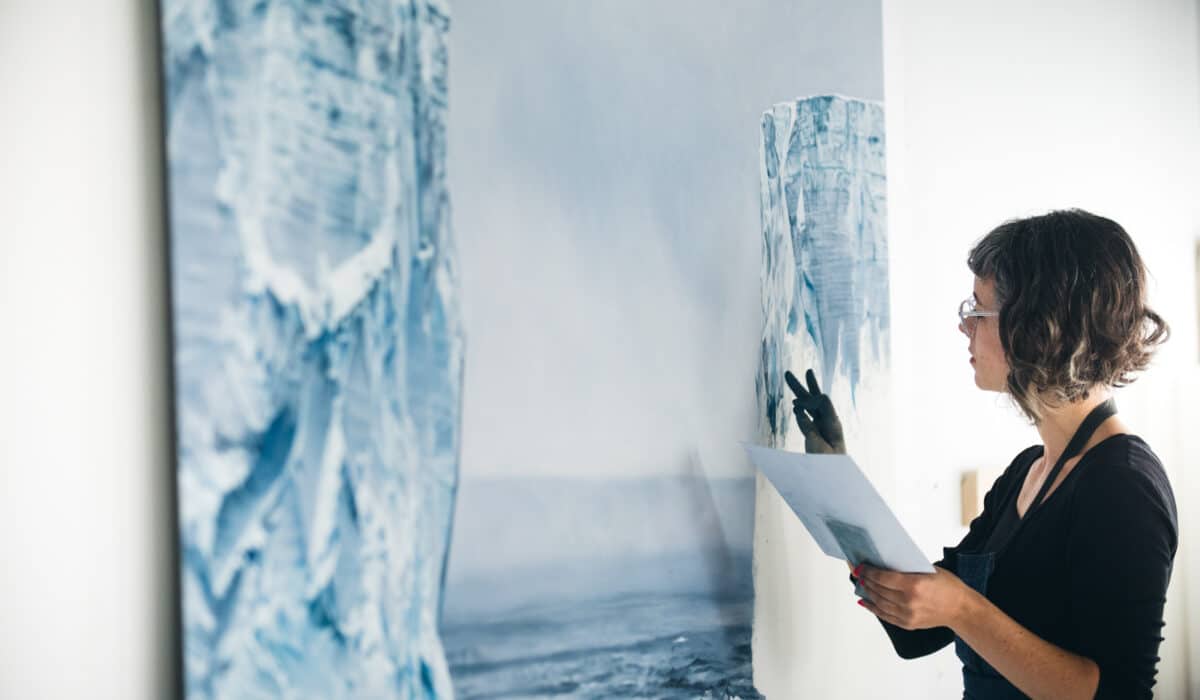 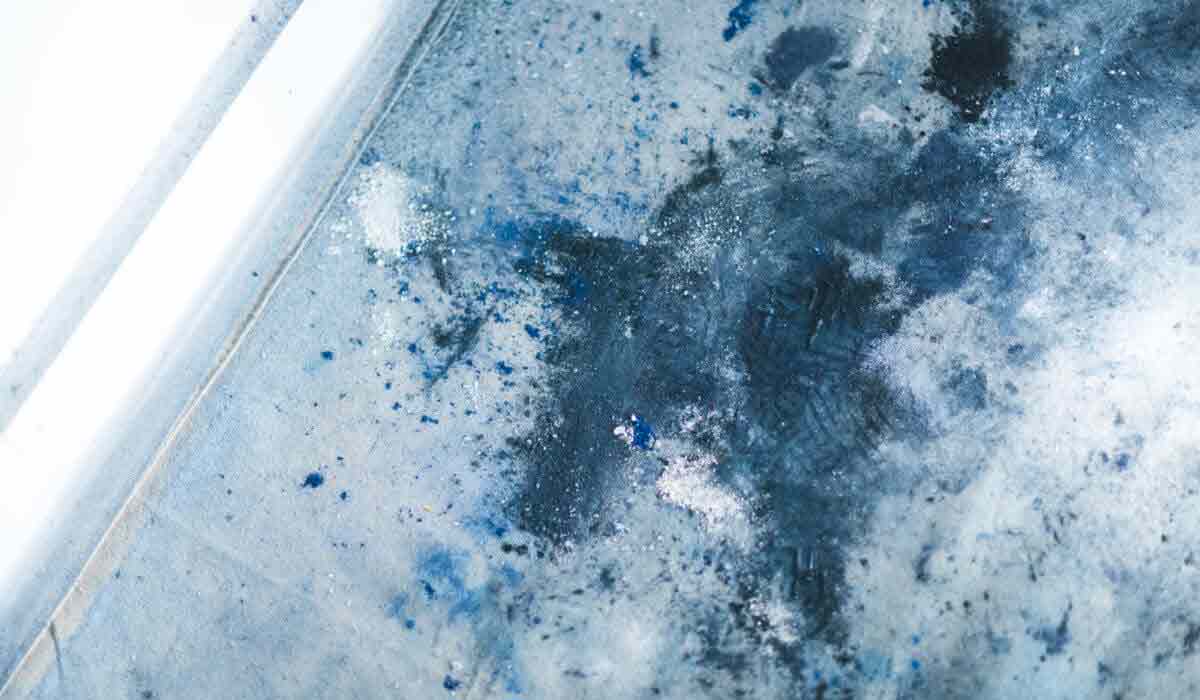 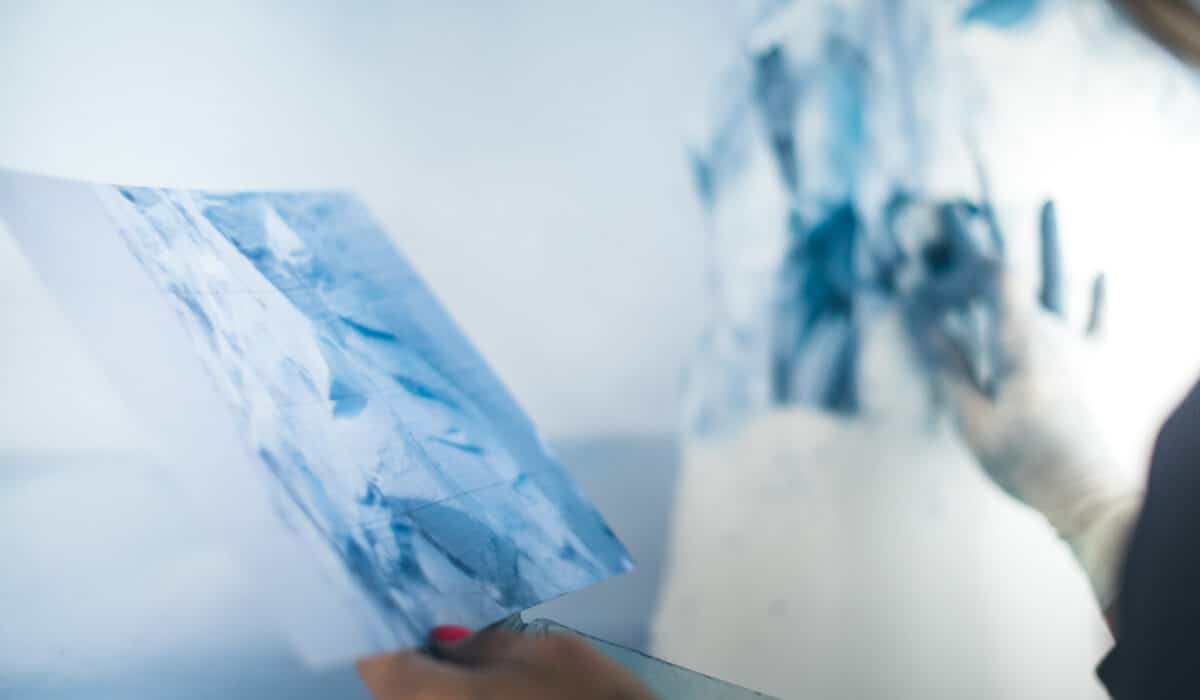 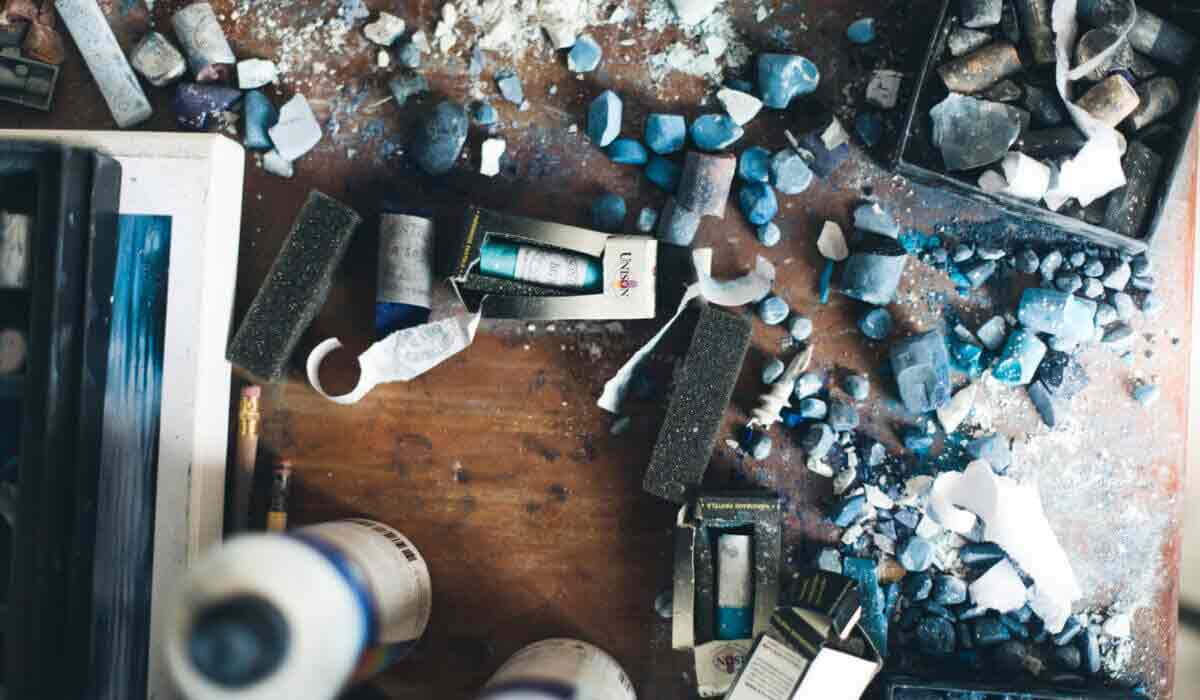 Protecting what is disappearing

Each of these three pieces corresponds to an expedition: Whale Bay in Antarctica, Svalbard off the coast of Greenland, and the Maldives. Her photo-like line – as natural in water as on ice – is a reminder that in the Pacific and Indian Oceans, handfuls of islands are already underwater.

But Zaria Forman’s intention isn’t to moralise! Aware that humans react mainly to emotions and that art is a way of conveying emotion, she seeks to create a connection with the public. She gives people the opportunity to admire these majestic icebergs, which, in turn, nurtures the humility that befits humankind. Images that depict the calm before the storm can ultimately be more effective in raising awareness than statistics and pessimism.

Every artist, scientist and tourism professional has a duty to inform the public and raise awareness about good practices for environmental protection. Showcasing the beauty of what we risk losing is perhaps the best way of saving it. 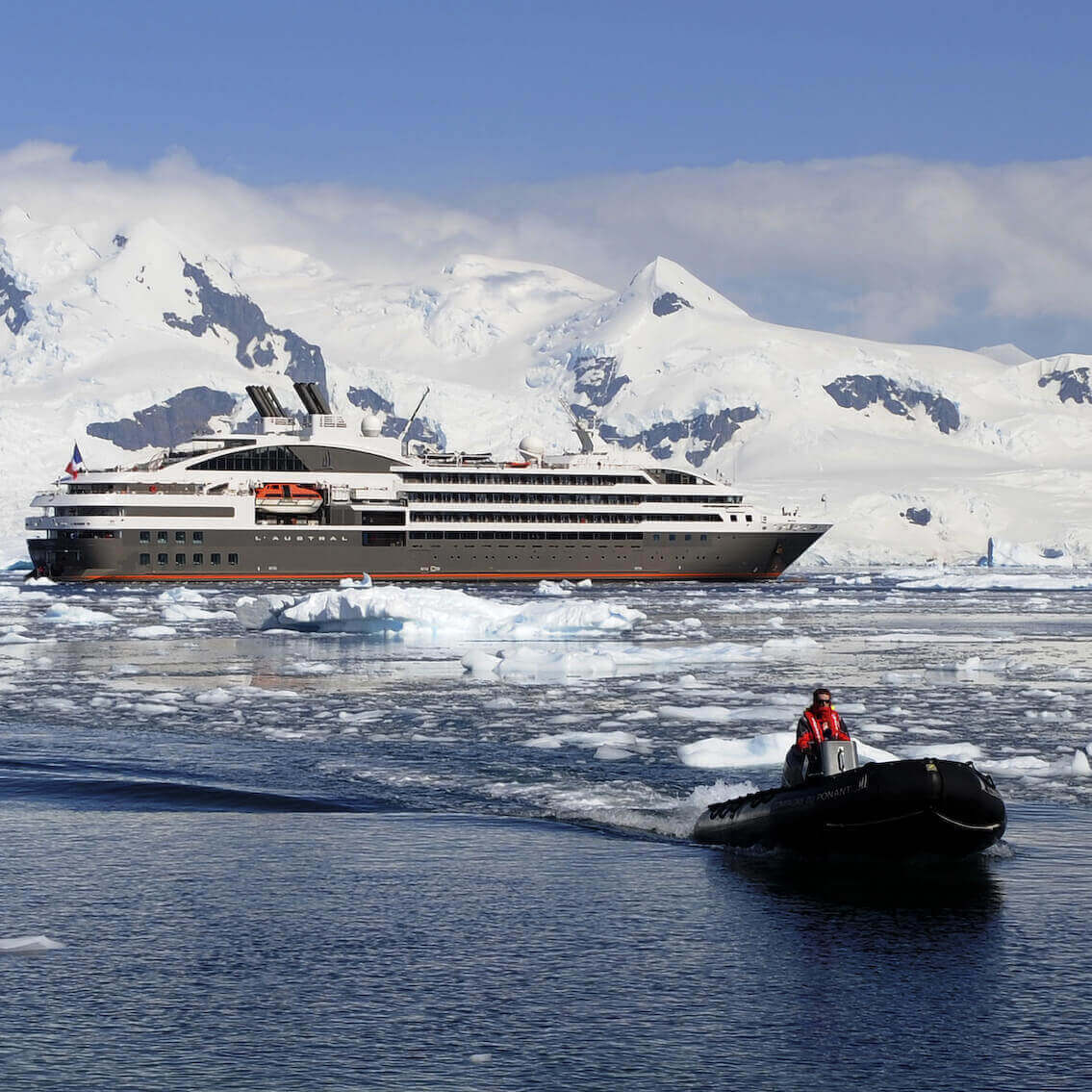 A cruise through the polar ice

It’s your turn to sail through the heart of the spectacular Arctic and Antarctic landscapes. 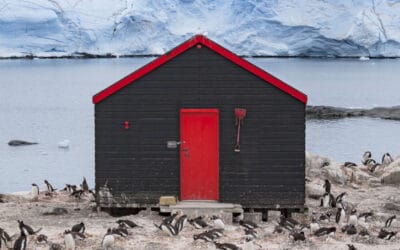